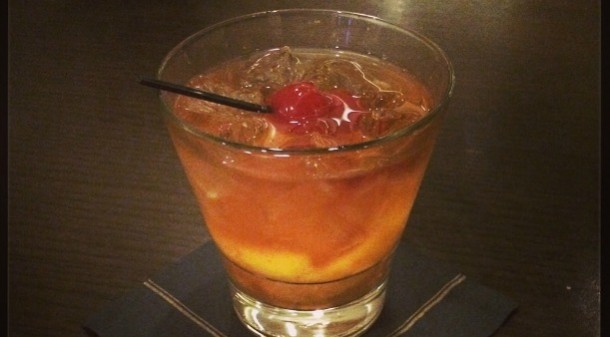 A classic cocktail by anyone’s account, the Old Fashioned is a simple drink that even the most inexperienced bartender can master. Created with just a handful of mainstream ingredients, most home bars should have everything needed to create this legendary cocktail.

What’s more, it has all the ritual associated with a legendary cocktail without too much work. So you’ll look like a seasoned bartender whipping up this delicious drink.

History of the Old Fashioned

One of my favorite aspects of classic cocktails is that they can have a great story behind them, and the Old Fashioned does not disappoint; its history has more twists and turns than a modern day soap opera.

Dating back to 1806, the Old Fashioned was involved in the first documented mention of “the cocktail” where it was defined as a potent concoction of spirits, bitters, water, and sugar. Afterward this cocktail mutated into a drink that could include any number of different ingredients.

After falling out of style, the cocktail was rechristened in the late 1800s as “The Old Fashioned”. Post-civil-war bartenders had become too fancy and drinkers wanted a return to the simplicity of the traditional Whiskey Cocktail.

Changes to the drink continued into the 20th century; an orange wheel and maraschino cherry were reportedly added to compensate for the poor quality liquor of prohibition and several others were made too. Suffice it to say, there are many versions of this storied cocktail.

From MIA to Old School Cool

As with most items that capture the public’s imagination the Old Fashioned has come into and gone out of fashion many times; thankfully it’s back for everyone to enjoy. The cocktail’s most recent resurgence can be traced directly to the arrival of the Mad Men TV series where the Old Fashioned was hard-drinking main character Don Draper’s go-to cocktail. Since then, the menus of craft cocktail bars across the country continue to carry a version of this drink as a cornerstone of the craft cocktail movement.

Fashion notwithstanding I approached this drink with an emphasis on the original whiskey cocktail, pure and simple. As a Cocktail Novice there are just too many different versions so I figured that I’d start at the beginning and go from there.

A passionate advocate of the Old Fashioned, Martin Doudoroff goes into crazy detail about what an Old Fashioned is and isn’t. Ultimately you’ll need to experiment to see what tickles your pickle…

Creating a good Old Fashioned is not difficult, but my experience suggests that it takes a little practice to get it just right. It took me a bottle of Maker’s Mark; I can’t decide whether I’m a slow learner or I enjoyed the research. Regardless I found the perfect combination (for me):

There are many ways to serve an Old Fashioned, but keeping it simple I used a 6 oz. rocks glass. In addition, I found that I prefer that I prefer the addition of ice and a twist, but those are entirely my taste.

5 Tips from an Expert

Although I’ve learned a lot about the Old Fashioned, I’m not an expert. So I found 5 Tips for Making an Old Fashioned Cocktail from Robert Simonson, author of “The Old Fashioned.” Here they are with my brief observations:

The Old Fashioned cocktail is a classic and mastering it will give you a solid addition to your drink repertoire. Although ancient, there are many variations; don’t get too caught up in finding the “right” version. In the end, create the drink that you enjoy and you’ll have a great option that’ll quickly find its way into your classic cocktail rotation.