Prohibition: The Bootlegger to Congress 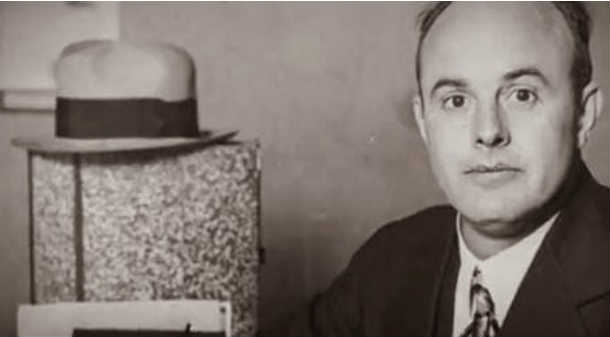 Prohibition in the United States was an interesting time that proved to be the seed of many different pop culture phenomena. From the Roaring 20s to the rise of organized crime and even the use of fruit in cocktails, it had a big effect.

In the first post of an occasional series about US prohibition I’m going to share with you the story of George Cassiday bootlegger to Congress.

The Basics of Prohibition 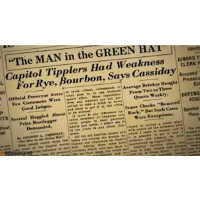 Lasting from 1920 to 1933, Prohibition outlawed the sale, production, importation and transportation of alcoholic beverages. So that means that if you were a cocktail fan, it would have been a real bummer. The result of a combination of different religious and social forces, this Constitutional Amendment was passed with the best intentions but in the end it didn’t quite work out that way.

Enforcement of Prohibition was difficult as many of the members of the public felt that it was unnecessary and the widespread violations simply overwhelmed law enforcement. And this even included Washington D.C.

Enter The Man in the Green Hat

An accidental bootlegger, World War I veteran George Cassiday couldn’t qualify for his prewar job and turned to selling illegal liquor as a means to supporting himself. Hearing that a premium price for liquor was commanded on Capitol Hill, Cassiday started selling spirits in Washington, D.C. ; his first customers were two southern senators that actually voted for Prohibition. At some point he began wearing a green felt hat which quickly became his signature.

Soon the business would take off and it was reported that George would routinely import 30 – 40 quarts of alcohol into Washington D.C. using suitcases. During one trip several bottles broke and an observant passerby wryly remarked “Hey Buddy, your clothes are leaking.”

Inside the House of Representatives 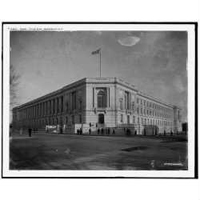 As George Cassiday’s deliveries increased to 25+ per day, an off-hand remark to one Mid-Western Congressman helped him speed deliveries to the House of Representatives. After complaining about his hectic schedule, we was given access to an office within the Cannon House Office Building. From there he made his deliveries and on occasion even extended his inventory by adding grain alcohol and water to his existing supply of Rye whiskey.

Soon Cassiday became “one of the guys” and he was invited to join The Bar Flies Association, a drinking club established by some Congressmen. “We would have a few rounds of drinks, sing a few songs and have a general good time,” Cassiday wrote.

Busted and a Move to the Senate

Unfortunately the good times wouldn’t last forever; busted during a delivery in 1925 George was banned from the House of Representatives. But as with many that worked on Capitol Hill, he was able to simply move his business operation to the North side and set up shop in the Senate’s Russell Office Building. Much different than the freewheeling House, the Senate was much more discrete and George would continue to operate his business for years to come. 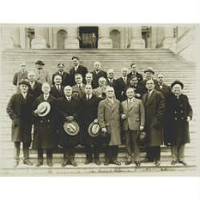 Although he maintained a successful career as bootlegger to Congress, a 1929 arrest prompted George Cassiday’s retirement. Stripped of his “black book” of customers and sentenced to a year in prison, he reportedly never actually spent a night in jail.

Upon the completion of his sentence, Cassiday agreed to write a six article series about how he and others supplied an estimated 80% of lawmakers with illegal spirits. Many believe that the publication of the series was a significant factor in the 1930 midterm elections where the dry Republican majority was replaced with wet Democrats who favored the repeal of Prohibition.

An entertaining look a prohibition politics and Washington hypocrisy, the story of George Cassiday carries on with today Greenhat Gin created by New Columbia Distillers.  This video describes his story and portrays George as the as the bootlegger, whistleblower and historic figure he was:

A Bootlegger’s Observation on Congress

In considering his own bootlegger’s tale in The Washington Post , George Cassiday said of Congress “Some of them I found were mighty good fellows,” he said of his customers, “and others not so good, but I learned right off the bat that when it comes to eating, drinking and having a good time in general, they are as human as other folks.”