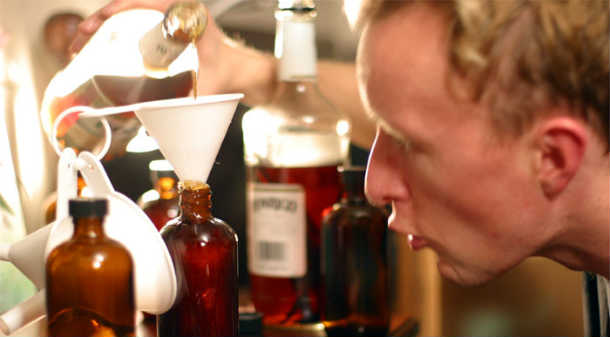 Rum has always managed to fly under my radar, but that’s changed dramatically with this summer’s warm weather. Light and refreshing, rum drinks like the Daiquiri have become a favorite in my seasonal cocktail rotation. So curious to learn more, I recently visited a local distillery that gave me a basic lesson in making rum. 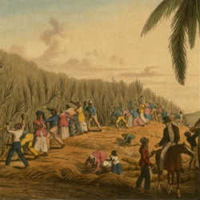 Pure and simple, rum is a spirit made from sugar cane. As with anything that inspires legions of devoted followers, it can get complicated with a variety of legal definitions; however for you and me, that’s pretty much it.

Created from byproducts of the sugar refining process, rum was discovered by Caribbean slaves during the 17th century. Originally molasses was fermented, but later the distillation process concentrated the alcohol and eliminated impurities. Soon the islands’ proximity to the British colonies of North America, increased levels of trade and the lack of cable TV made rum incredibly popular. 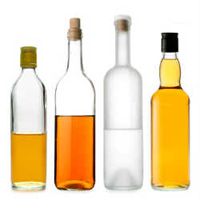 Light Rum – Often referred to as White or Silver, this is lightly flavored and ideal for cocktails. One example is Bacardi Silver.

Gold Rum – Similar in body to the lighter version, gold rum is lightly aged and tends to have a stronger flavor. Example: Appleton Special Gold.

Dark Rum – As the name implies, this rum is darkly colored and aged for an extended period. It has a strong flavor. Myers’s Dark from Jamaica is a popular example.

Spiced Rum – Similar in color to a gold, spiced rum is distilled with different types of spices. These spices can include everything from rosemary to cinnamon and beyond. Typical example: Captain Morgan’s Spiced Rum.

Flavored Rum – Light and infused with flavors like coconut and banana, these rums are often a flavoring component in cocktails or simply sipped over ice. Example: Malibu Rum

Overproof Rum – Higher in alcohol, overproof rum is used as an ingredient. Unless you have a cast iron stomach, I think its best use is to light stuff on fire. Example: Bacardi 151

For the average Cocktail Novice the rum making process might seem pretty overwhelming, but the guys at Cooper River Distillers broke it down to the basics. Actually seeing the equipment used in each step really simplifies what many might consider as complicated.

A craft distiller founded in 2014, Cooper River Distillers is located in the heart of Camden, New Jersey. During my visit Distilleryman TJ Kaplan gave me the full tour and combined with my basic knowledge on how liquor is made, the process came together easily. And it didn’t hurt that I took the tour with a Cooper River Distillers cocktail in hand…

Creating spirits pretty much revolves around manipulating the right conditions under which yeast produces alcohol (food, temperature, etc….) and making rum is no exception. These are the fundamental steps Cooper River Distillers follows when making their rum:

Despite what many may think, the basic process of making rum is simple; however it can get complicated pretty quickly when trying to make one of the many different styles. Flavors and textures can vary widely based on the distillation and aging process, but with a little experimentation you’re sure to find one that you enjoy.