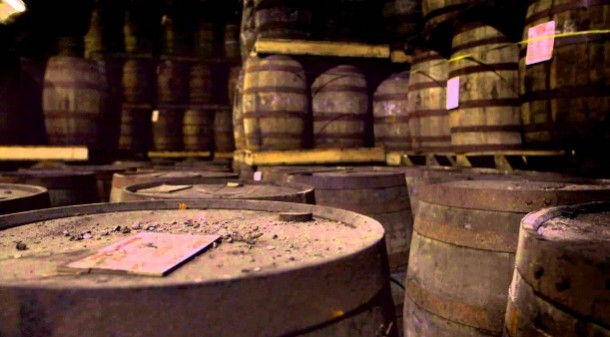 St. Patrick’s Day approaches and as everyone’s attention focuses on leprechauns, green beer and Irish Potatoes, mine drifts toward Irish Whiskey. Sure green beer has a place at any Irish celebration, but it’s the good whiskey that really makes it a party.

Understandably if you’re not wise to the ways of whiskey from the emerald isle things can get a bit confusing, but fear not because I’m here to help! In this post I’m going to give you an Intro to the world of Irish whiskey so you’ll be ready to debate the differences of Jameson and Bushmills with confidence. Well, maybe not… but at least you’ll have the basics on a drink enjoyed by so many.

What Is Irish Whiskey? 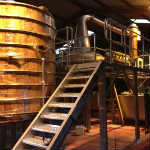 We’ve all heard of it, but what is Irish Whiskey? Developed over centuries, it’s a unique spirit that’s become increasingly popular. As its popularity exploded and Irish Whiskey brands started coming out of the woodwork, Ireland passed the Irish Whiskey Act of 1980 which defined the spirit and its method of production. Needless to say the list of regulations is lengthy, including a few like:

Certainly the legal definition goes deeper but believe it or not this still leaves a lot of wiggle-room for contemporary distillers. Legalities notwithstanding the history of this legendary spirit is fascinating, so let’s break out our stone tablets to learn a little more about what was once the most popular spirit in the world. 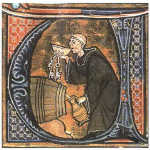 It never hurts to have a few interesting tales to tell as you’re pouring drinks for your friends, and Irish Whiskey history doesn’t disappoint. Among the earliest distilled beverages in Europe, it emerged during the 12th century. Believed to have sprung from a process used to distill perfume, the original technique was brought to Irish shore by monks traveling from the Mediterranean around 1000 A.D. Mix in a few modifications and poof! The first official mention of Irish Whiskey occurred in 1405.

Since then the Irish have been creating many different versions which have resulted in an assortment of brands, styles and flavors…

With the legal and historical stuff out of the way, I’m sure that you’re anxious to learn more about what Irish Whiskey tastes like. Generally speaking it has a distinct flavor profile that can be described light in flavor with undertones of cereal grains and fruit. Despite  a lighter flavor than other whiskies, Irish Whiskey cocktails are not the norm and this spirit is typically enjoyed by itself. Regardless it can offer a great introduction to whiskey for beginners.

After centuries of tasting, drinking and tinkering with the various recipes, it only makes sense that there would be many different types of Irish Whiskey. While the general flavor characteristics may be similar, here are the different types with an option that may be available at a liquor store near you:

Made from 100% malted barley, this whiskey is made by a single distillery in a pot still. These are much more robust in flavor. Bushmills Single Malts are widely available. 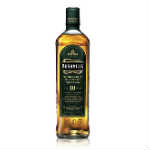 Particularly light in style, this is made from corn or wheat and produced in a column still. Primarily used as an ingredient in blends, this is difficult to find. 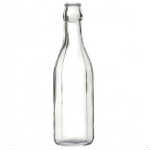 Similar to Grain Whiskey, this version uses only a single grain to impart a much more distinct flavor profile . Greenore is a good example. 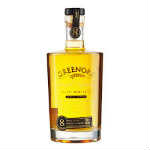 A blend of whiskeys from two or more distilleries, this type constitutes 90% of all production. Jameson is perhaps the best known example. 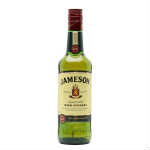 If I’ve piqued your interest, there are many ways to get your Irish on for the upcoming holiday rather than wallowing in cheap green beer. Typically Irish Whiskey is doesn’t play well with other ingredients for cocktails but I’ll let you decide. There are a few however, and if you have a favorite please let me know. From my standpoint here are a few options to start:

Jameson – A standard blended Irish Whiskey, Jameson retails for around $25 and is a great place to whet your whistle. Offering at light mouthfeel, you may note hints of vanilla and honey.

Bushmills Black Bush – A step up from Bushmills Original, this is a more complex tasting whiskey for a modest jump up in price ( the extra $ 5 or so is definitely worthwhile). You’ll see that it’s amber in color and very drinkable.

Greenspot – If you want to jump right into the pool, Greenspot Single Pot Still Irish Whiskey is a good place to start. Definitely a bit more expensive, it’s a blend of aged pot still whiskeys that may be more representative of the traditional Irish style. This will run you around $50.

I don’t know about you, but after exploring the basics of Irish Whiskey, I’m ready for a sample. If you’ve had the opportunity to explore this spirit before, I’d appreciate hearing about your experiences below. Or if you’re adventurous enough to take me up on my recommendations, I’d enjoy hearing about the results.