How to Taste Whiskey: A Tutorial 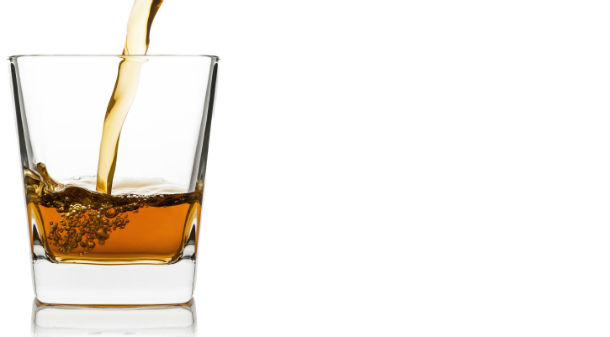 Learning the basics of how to taste whiskey can be pretty intimidating, but it doesn’t have to be. Recently I had the opportunity to hang out with my whiskey guru Steve Brown and I’d like to share with you what I’ve learned. Hopefully you’ll walk away with some tips on tasting whiskey that’ll help you find a bourbon, rye or scotch that you enjoy.

Whether you choose to use your research to find a delicious sipping whiskey or a critical cocktail component is up to you, but you’ll definitely need to do a little research to find either.

The Basics of Taste

Before diving into your whiskey adventure, it makes sense to keep a couple tasting basics in mind to make your journey a pleasant one.

While taste is a chemical sensation generated by receptors in your tongue, flavor is the combination of multiple senses. So taste, smell, feel and temperature all combine to generate flavor; variation in any of the senses can generate a very different result. So pay attention to how you taste whiskey because subtle changes can lead to big differences.

Taste is subjective, so focus on what you like not what other people are telling you. Frankly it’s easy to become overwhelmed with opinion, marketing and everything else, so just ignore it.

There, that beat the hell out of some sort of tongue diagram, didn’t it?

Basically there are three ways to taste whiskey and I’ll share with you my experiences on each. I’m not an expert, but this is how I approached it with Steve’s assistance; I found it to be really helpful and hopefully you think so too.

Neat is about as simple as it gets; liquor at room temperature poured into a glass. Purists will argue that this is the only way to taste whiskey, but I think that as a beginner you’ll find that’s total bullshit.

I’ve found that there are some whiskeys that are delicious when served neat, but these tend to be in the minority. When tasting a new whiskey I’ll start by letting it sit for a couple minutes and then take a small sip to assess the flavor. Frequently the flavor will be too intense or have a pronounced alcoholic bite. If the flavor needs softening, I’ll consider adding a touch of water.

As I’ve mentioned previously, adding a splash of water to whiskey was the single most important thing I’ve learned as a newbie. Starting with a whiskey neat, I typically add a splash of water and the results can be pretty dramatic. Not only does the aroma “open up” but the flavors become much more perceptible.

Based on research and a little practice, here are a couple tips to adding water:

Whiskey on the Rocks

For some adding ice is the best way to taste whiskey. Considered bad form by experts, their opinion does make sense: the melting ice not only dilutes the spirit, but also numbs the taste buds. While I understand their position, I’m the one enjoying the whiskey so I really don’t care what they think.

If whiskey on ice is your thing, there are a couple experiments you may want to try to find that perfect balance of temperature, flavor and dilution.

Chilled Glassware – Keep it simple by just chilling your glass. You’ll be surprised by the result.

Large Ice Cubes – To minimize dilution, many swear by the use of large ice cubes. Using a single piece of ice, some prefer a large cube while others use round ice cubes. I’ve experimented with ice ball molds; I didn’t notice a difference in flavor at the time but they did look pretty cool.

Whiskey Stones – If temperature (not dilution) is your driver behind using ice, then you may want to explore the use of whiskey stones. Essentially, they cool the spirit without dilution. I’ve never used them, but they’re really popular.

Overall there’s no single right way to taste whiskey and it can be as simple or complex as you make it. Generally, I’ve tried to keep it simple, but I’ve encountered a few items that I wish I would have had when I began. Here are a few I wish I had at the start:

Taste is subjective, so don’t let anyone tell you differently. While it may take some time to find your favorite boubon, scotch or rye, applying these tips on how to taste whiskey should help.