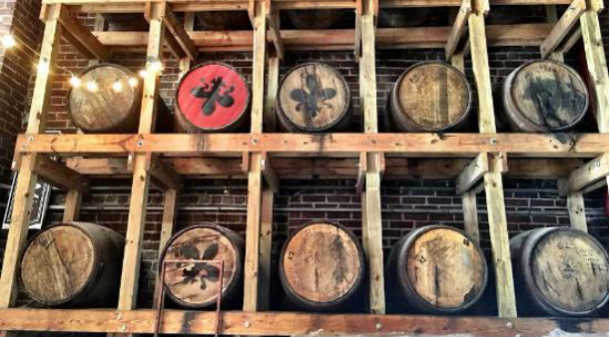 Summer may be coming to a close, but if you’re like me and refuse to let it go a few summer rum drinks should ease your disappointment. To keep the warm weather in our hearts I’d like to acquaint you with three easy rum cocktails that everyone can make. A surefire way to revisit the good times of summer, these tasty beverages will elicit visions of crystal blue Caribbean waters even on the chilliest days. So readjust your mindset and let’s head to the beach for a few rum cocktails!

If simplicity is truly the ultimate in sophistication, the Cuba Libre is among the most refined rum cocktails you’ll find. Born on the isle of Cuba, this refresher elevates an uninspired rum and coke to something truly sublime.

History has it that this simple rum drink originated during a free-Cuba movement that sprung up just after the Spanish-American War. The Cuba Libre calls for the juice of one lime in addition to the rum and Coke; the wonderful lime juice makes all the difference. If your memories of overly sweet rum and cokes seem a bit silly and have left you feeling a bit underwhelmed, I urge you to try this delicious rum cocktail. You’ll thank me when you realize how well the lime marries with the other ingredients and livens up the joint. 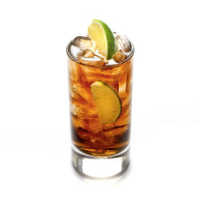 Sometimes the clouds roll in, the skies blacken and the rain begins to fall, but that’s no reason to discontinue your party. The Dark ‘n Stormy is one of the few easy rum cocktails that appeal to almost everyone. Offering a surprising gingery bite, it’s delicious and quick to get things up and jumping.

Despite its simplicity, The Dark and Stormy has a bit of a litigious side to it. Believe it or not Goslings Rum has patented the recipe for making this classic rum cocktail and holds two certificates for it at the U.S. Patent and Trademark Office. The patent specifies exactly how the drink should be made; thankfully they’ve graced us with the option to add lime.

Needless to say if you substitute a different rum you risk being arrested by the Rum police, but don’t worry I won’t tell… However if you want one of the classic dark rum drinks of all time, you’ll need to follow the official Dark ‘n Stormy recipe: 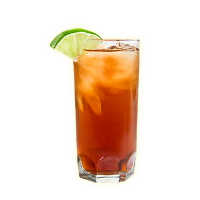 If you’d like to “break the law” by using a different ginger beer, check out How to Make Ginger Beer which includes a review of 7 different commercially available brands.

Birthed in Havana, Cuba, the Mojito is considered by many to be among the best rum drinks you’ll find. And it doesn’t hurt that they’re drop-dead simple to make. Better yet it has an amazing story behind it.

Legend traces the Mojito to a similar 16th century drink known as “El Draque”, named after Sir Francis Drake. In 1586, after a successful raid at Cartagena de Indias, Drake’s crew was afflicted by an epidemic of dysentery and scurvy. Arriving at Havana, a small boarding party went ashore and returned with ingredients from the local Cuban Indians for an effective medicine.

Those ingredients were aguardiente de caña (translated as fire water, a crude form of rum made from sugar cane) mixed with local tropical ingredients: lime, sugar cane juice and mint. The lime itself would have cured the crew, but I think you will agree that this rum cocktail recipe is much more fun! 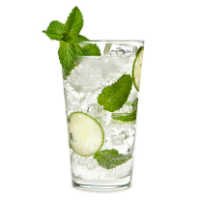 Everyone needs a taste of summer year ‘round and these three easy rum cocktails are sure to fit the bill. Rum has been around since before the days of Blackbeard and whether you feel like a pirate or just want to act like one, these three are worthy of more than just a sip. Enjoy!