Classic Cocktails with a Twist: The Whiskey Sour 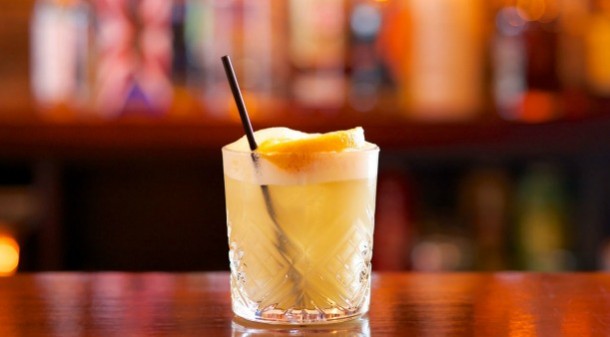 One of the best things about classic cocktails is their basic simplicity. For all the complexities, experiments and outright abuse that modern mixologists may put them through, these simple drinks still have a wonderful balance and depth of flavor. But better yet, classic cocktails are incredibly versatile and in this post I’m going to show you how to make a Whiskey Sour and its delicious cousin the Ginger Tea Sour.

Among the classics, the Whiskey Sour is among the most basic. With peers like the Old Fashioned, the Manhattan and the Negroni, this drink is uncomplicated and continues to stand the test of time. It’s this deceptive simplicity that makes the basic Whiskey Sour recipe the foundation for the creation of many new and exciting drinks. The whiskey sour has been around since the 19th century. It’s essentially whiskey plus a sweet and sour element. At some point in history, an egg white was added as an option to add a creamy texture. The basic recipe is:

Combine all of the above ingredients into a cocktail shaker and shake with ice. Strain into an ice-filled rocks glass. You can garnish the whiskey sour with a slice of lemon or orange, or a maraschino cherry. That’s it! A simple recipe for such a beautiful cocktail. If you want to go the extra mile, adding an egg white creates a rich mouth feel that most people enjoy. You’ll need to start with a dry shake – which means shaking all of the ingredients vigorously without ice for about 15 seconds – and then add ice and shake as usual. You can learn more about it in The Cocktail Novice’s Beginner’s Guide to Egg White Cocktails.

Hint: If you’re keen on giving this a try, I recommend serving this whiskey sour recipe in a chilled rocks glass without ice. It’s easier to enjoy an egg white cocktail without little ice cubes getting in the way.

Getting Creative with the Whiskey Sour

Now that we’ve got a handle on the basics, getting creative is easy. All you need to do is substitute whiskey sour ingredients that fit the same flavor profiles – base spirit, sweet, and sour. If you look at the basic components of the drink, you can see how so many other cocktails spawned from it, including:

So if you’re ready to exercise your mixological imagination, I have a whiskey sour derivative that I know you’ll like…

Granted The Ginger-Tea Sour takes a little prep work but I think you’ll find that it’s well worth the effort. 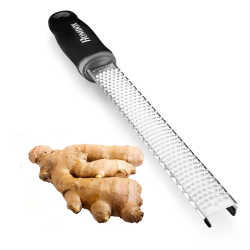 First things first, it’s time to tweak the base spirit by infusing the bourbon.

Step # 1 Shred the Ginger – Peel the Ginger and dice it up as small as you can; better yet use a microplane grater. You want to get as much fresh ginger surface area as possible. You should end up with a quarter-cup or so

Step # 2 Take a Couple Shots of Bourbon – You’ll need to make a little room in the bottle, so why not?

Step # 3 Put the Ginger in the Bottle of Bourbon – stuff all that minced ginger into the bourbon and put in on the shelf overnight. Next up, we need to spin the sweet element by creating a Black Tea Simple Syrup.

Step # 2 Make Simple Syrup – Combine the tea with one cup of sugar and bring to a boil stirring constantly. Remove from heat after the sugar is dissolved (2-3 minutes).

Step # 3 Let Cool – Let the black tea syrup cool and then put it in a container in the refrigerator.

A day later and with all the preparation done, it’s now time to enjoy your twist on the Whiskey Sour. With your ingredients at the ready, have at it: To prepare the cocktail simply follow same procedure as the traditional whiskey sour recipe, however you may want to strain the ginger out of the bourbon. To garnish your new creation you can use a lemon wedge or twist, but to get some extra depth you can grab a couple Sage leaves and slap them over the drink. This will release some aromatic oils from the leaves and give the cocktail a great nose. You can garnish with the sage leaves too.

Get Creative With Classic Cocktails!

I hope that this has stimulated your creative juices, so feel free to get creative in other ways. Think of different syrups you can make, or different citrus juices you can use. There are no limits to what you can do using the whiskey sour as a base. Have fun!

If you have a combination that you think absolutely needs experimentation, tell me about it in the comments.