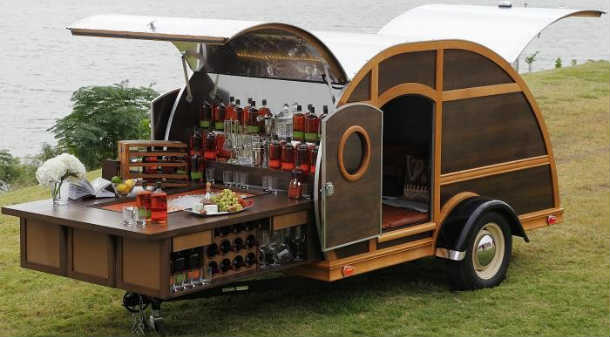 I recently attended The American Whiskey Convention in Philadelphia and had the opportunity to experience the Bulleit Bourbon Woody Camper. It was among the coolest swag wagons I’ve ever seen.

Full Disclosure: Bulleit greased me up with a T-shirt and some whiskey glasses, but I would have babbled about this thing without it. It was THAT cool.

Given the Full Tour

Among the first people to enter, I was given the full tour before the mass of bourbon fans had the opportunity to overwhelm this depression-era inspired pull-behind trailer. Situated in the back corner it was really hard to miss; beautifully paneled in dark wood with a gleaming pullout bar in the front. Billed as “the responsibility room,” the passenger compartment was fully equipped for a comfortable nap after any overindulgence. Finally, the back of the trailers was almost as impressive as the front; with a full bar, and LCD TV that would make even the most devoted tailgating aficionado happy.

After sobering up after the event I had to learn a little more about this trailer and found its story on Remodelista. It was created as a Nieman-Marcus Fantasy gift that came with a one-year’s supply of Bulleit.

Update: We found a great documentary on YouTube but unfortunately it was taken down. Regardless it was an impressive story of incredible craftmanship and if we’re able to dig it up again, we’ll definitely share it. 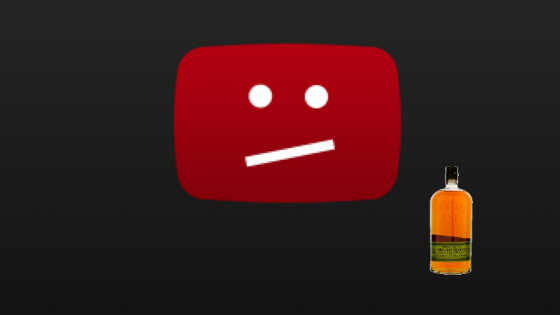