3 Things I Learned at Whiskey Class 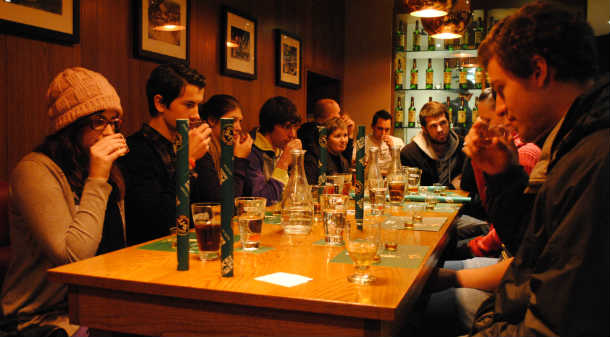 Last Friday I had the opportunity to quickly up my cocktail game at a whiskey class and I’m glad I did. The Wine School of Philadelphia regularly hosts classes on wine, beer and spirits, so when I saw a class on Whiskey I had to jump on it.

I’ve always acknowledged that I’m a raging The Cocktail Novice and this seemed like the perfect opportunity to have some fun and get up the learning curve a bit faster.

I Got Schooled (at The Philly Wine School) 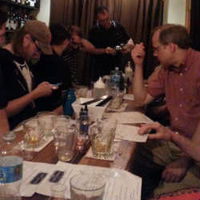 An intimate space located on South 22nd Street, the Wine School of Philadelphia was a Mayu great place for beginners like us to learn more about whiskey and cocktails. An inviting room perfect for socializing, we felt right at home as we sat down to a long table set with all the tools we’d need for the evening’s class. As other students arrived, Proprietor Keith Wallace kept us entertained by recounting the history of the wine school as well as his recent move and hands-on renovation from the last location.

As the class began, it was clear that whiskey is popular; the crowd was diverse featuring couples on date night, gift recipients and aspiring home bartending aficionados (like us).

3 Things I Learned at Whiskey Class

We learned a great deal during the class and I’ll be covering some of the topics in depth in future posts, but there were several standout learnings that should surprise other cocktail beginners. 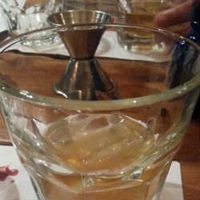 The simple process of tasting whiskey made it quickly apparent that very small changes have a big impact on flavor. This was particularly the case using three different additives:

Water – During the class attendees were advised to add three drops of distilled water to each sample. The difference was dramatic, so the next time you’re enjoying a whiskey neat, you should consider experimenting with this.

Sweetener – Sure, I realize most would expect a change but it was very interesting to see how the perceived taste changed. During the event, strawberry mint infused simple syrup was used during the opening “cocktail basics” segment of the class and the difference was impressive.

Ice – I was simply blown away by how a small piece of ice changes the flavor. In my experience it really takes the edge off what many might consider a harsh, alcoholic edge. So try it.

Storage Conditions Have a Big Impact on Flavor 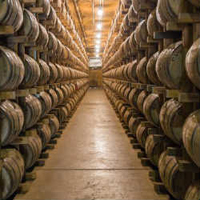 Apparently the storage conditions of the whiskey during aging is as important as the distillate itself. During a discussion about the much-sought-after Pappy Van Winkle Bourbon, I learned that Buffalo Trace Distillery uses the same distillate for both Buffalo Trace and Pappy Van Winkle. So the primary difference in the flavor of the premium Bourbon is the storage conditions. So this includes things like changing temperature and humidity levels within the warehouse itself.

This amazed me and may take you by surprise too. 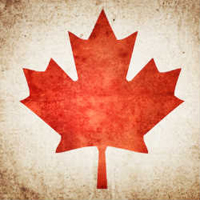 If you’re going to make a proper, whiskey-based prohibition-era cocktail, Canadian whisky is the ticket. So think about it… most of the booze being smuggled in was coming over the Canadian border (Al Capone, et al…) so the Canadian style whiskey is what was used to formulate all of the cocktail. So if you want to be really accurate when recreating a Ward 8, go Canadian Hoser…

Being a beginner can be tough, but with places like the Philadelphia Wine School make it easier. If you have the opportunity to take a class in your area, you’re sure to dramatically increase your knowledge and have a lot of fun doing it.